Maria Volonte’s name may not be immediately familiar, even though she has received a Latin Grammy nomination, won a Carlos Gardel Prize and released six CDs.  Fortunately, the Argentine singer/songwriter/guitarist’s move to the Bay area two years ago has brought more attention to her intriguing style.  But she still has far lower visibility in this country than her talent deserves. 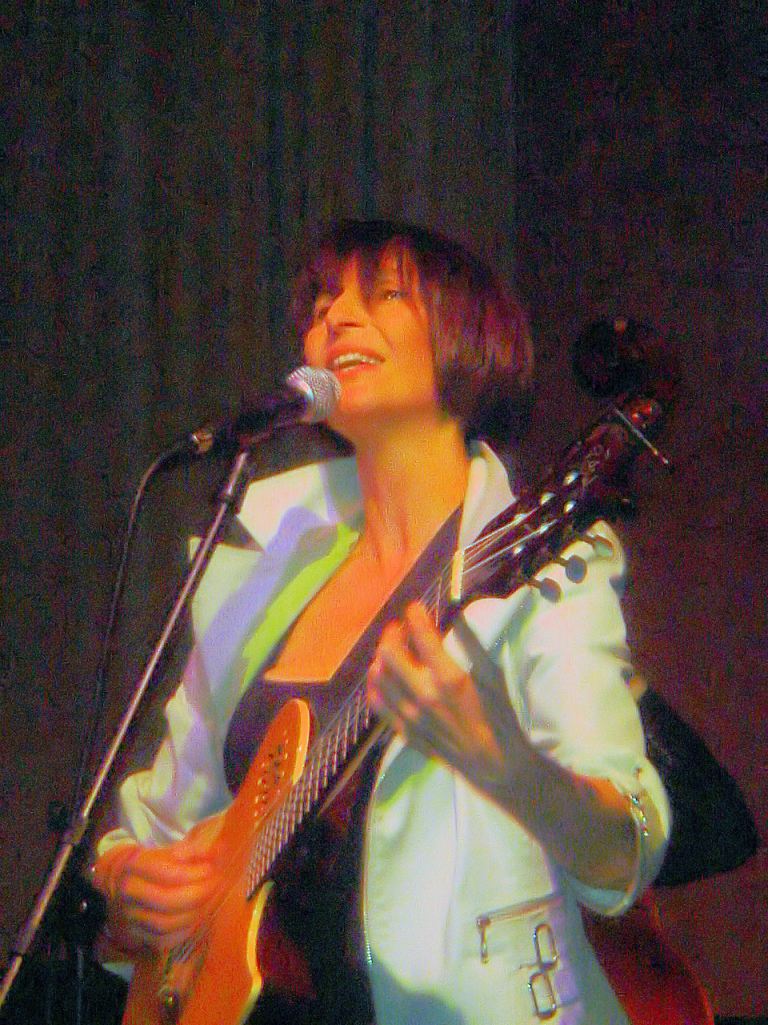 A rare Los Angeles performance Tuesday night at Vibrato Jazz Grill…etc. with an ensemble Volonte describes as her Tango Cabaret provided an entertaining sample of what American audiences have been missing.  Start with her voice, which has a dark, warmly engaging sound, occasionally tinged with the sort of emotional edge recalling the intensity of Mercedes Sosa.  Add her guitar playing, tending toward hypnotic vamps in some of her original tunes, often willing to sneak in colorful harmonies, and always in complete sync with her singing.

One or two tunes – especially Astor Piazzolla’s “Oblivion” and Carlos Gardel’s “Cuando tu no estas” – in which she sang either solo or with a single musical companion suggested that Volonte could provide a compelling evening of song completely on her own.  And it was this segment of the program that best revealed the deepest subtleties of her art.

She was backed, in other pieces, by an ensemble consisting of harmonica player Kevin Carrel Footer, percussionist Enzo Todesco (playing only cajon and cymbals) and bassist Pat Senatore.  In those tunes – mostly Volonte originals – the added instrumental support was channeled through rhythms reaching from tango to candomble, with some occasional funk and even a trace or two of mainstream jazz thrown in for good measure.  Footer’s animated harmonica playing acted as a colorful foil for Volonte’s soaring vocals, and the rhythm team of Senatore and Todesco (combined with Volonte’s propulsive guitar) both grounded and energized the proceedings.

Volonte has a long history in Argentine traditional music, and its elements enriched everything she played and sang.  But, far more than just an emissary for her native country’s music, she demonstrated a desire, as well as a skill, in using those roots to grow an entrancing creative expression that is uniquely her own.   Hopefully, the next appearance in the Southland by this impressive, evolving artist will reach beyond the one-nighter stage.