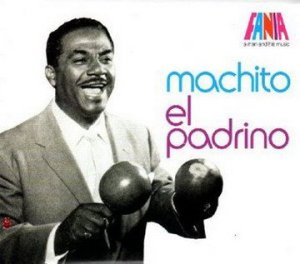 The big band occupies a special place in Latin Jazz history. For starters, in the 1940s and ‘50s, the orchestras led by Tito Puente, Tito Rodríguez and Machito, the real life Mambo Kings, not only defined a certain sound, putting jazz instrumentation, harmonies and improvisation to true Afro-Caribbean grooves, but also seemed to bring out the whole country to the dance floor.

A lot has happened since.

The two-disc compilation El Padrino  revisits the work of Frank “Machito” Grillo and his exceptional band The Afro-Cubans. Anchored by friend and his brother-in-law,  saxophonist Mario Bauzá, an essential figure in the development of Latin Jazz, Machito and His Afro-Cuban blended sophisticated jazz arrangements and improvisations over authentic Afro-Cuban rhythms.  The results were explosive.

Collections such as El Padrino are samplers, conditioned by available recordings, licensing issues, and the curator´s taste. That said, the music here is a treat.  Fittingly, the set opens with “Tanga,” a Bauzá composition considered the first Latin jazz piece,  and goes from there. It includes fine examples of the band in full flight (check “Wild Jungle,” “Cannonology,” featuring Cannonball Adderley, Ray Santos’ Latinized blues “Azulito,” or “Mambo a la Savoy,” for starters).  And it also showcases the woefully underrated singer Graciela Pérez — Machito´s foster sister, better known simply as Graciela. Recognized as an interpreter of ballads, her work on El Padrino offers a good argument for reconsidering her standing as a big band singer, contributing a sense of swing and a certain cheeky sassiness (check “Si Si No No”) to the music. The collection also includes tracks with Marcelino Guerra (“El Guardia con El Tolete”), and flutist Herbie Mann (“Brazilian Soft Shoe,” “Love Chant”).

Cooly riding this beast of a band was Machito, front man, maraquero (maracas player) extraordinaire, and a singer with an expressive, caramel toned voice and impeccable sense of time.  Decades after it was a originally played and recorded, Machito’s music has lost none of its power and grace. 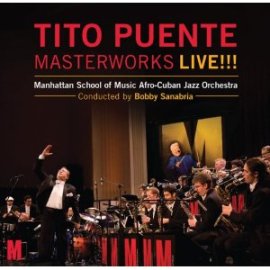 Timbalero, composer, and bandleader Tito Puente once built an explosive orchestra that became one of the friendly competitors of Machito’s band at the now legendary Palladium Ballroom on West 53rd St. and Broadway.  Leading a big band of students at the Manhattan School of Music, drummer, percussionist and educator Bobby Sanabria celebrates Puente’s work in Tito Puente’s Masterworks Live.

While most of the arrangements in this recording are reconstructed from Puente’s original versions, as Sanabria explicitly points out in the album notes, “the performances here are not nostalgic.”  Instead, he and his charges update Puente’s sound while going for the precision and excitement of his bands. That’s not only a worthy tribute to the past, but also a celebration of the future of this music. 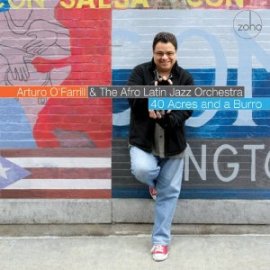 Pianist and composer Arturo O’Farrill has held together the Afro Latin Jazz Orchestra for more than three years after losing its home base at Jazz at Lincoln Center. Better yet, O’Farrill and the orchestra have continued to push and grow, exploring beyond Afro Cuban music while consistently producing rich, valuable work.

In 40 Acres and a Burro, O’Farrill smartly explores rumba (the explosive “Rumba Urbana”) and Puerto Rican bomba (in the knotty, angular “A Wise Latina,” written to honor Supreme Court Justice Sonia Sotomayor).  He looks into Brazilian choro (Pixinguinha’s “Um a Zero” in a fine arrangement by Nailor Proveta — leader of the excellent Banda Mantiqueira – featuring superb playing by Paquito D’Rivera on clarinet).  There’s also Afro-Peruvian festejo (“El Sur”), modern tango (Astor Piazzolla’s “Tanguango”, turned here into a tart, urgent New Yorker tango),  an Afro-Latin-Celtic piece (“She Moves Through The Fair”) and a couple of classics, the bolero “Almendra” and  Dizzy’s “A Night In Tunisia.”

Not surprisingly, O’Farrill and the band sound at once precise and loose-fitting. There is brilliant ensemble playing and soloing and, most engaging, they also sound fearless. They can even transmute anger and pointed  social commentary into sly fun — just check the title track.

While O’Farrill’s adventurous big band Latin Jazz takes Afro-Caribbean rhythms as a point of departure, New York based bassist and composer Pedro Giraudo anchors his music on traditional styles of his native Argentina.  Córdoba — titled after the Mediterranean city, and a province in Argentina where Giraudo was born — is his  fifth album as a leader and shows an increasingly sure hand both in writing and arranging.

The approach here is orchestral, not merely tutti intros plus solos over the rhythm section and splashes of big band writing.  Rather, Giraudo uses sectional call and response, contrapuntal textures, tempo changes, and a muscular use of the rhythm section. There’s a reason why his press material speak of Charles Mingus, Carla Bley, and Duke Ellington as influences.

As foundation, Giraudo uses traditional rural Argentine styles — the slow, blues-like baguala,  the zamba,  and the chacarera. This is big band Latin Jazz with a different, fresh  accent.