When you just cut it loose, as on  Marc Cohn‘s “Medicine Man,” we get that Burdon power unencumbered by self conscious lyrics. You just belt it out and the voice is perfect. Now here comes some Animals-like organ.  Oh yeah. And when the guitar comes in it’s just as pure as it was nearly a half century ago and all I can say is . . .  Thank you.

Two songs later, when Bo Diddley’s “Before You Accuse Me” closes out the album, the singing is so solid. And you let the guitar guy rip a mean solo. And there’s a neat trumpet piece over your shoulder. And I say this is who we are, Eric. This is who you are.  What the hell, man. It’s enough.

Still, regarding the album as a whole, J’accuse.

First, I gotta tell you that I notice a common thing in the previously mentioned two songs: Neither was written by you.

I think you get liberated in singing someone else’s songs all the way back to turning a folk tune about a girl fallen into prostitution into a driving blues song about a man’s fallen soul.

With your own songs, the lyrics sound too often like attempts to get instant play on FM classic rock radio.  It’s kind of like instant coffee, never as good as the real thing.

Yeah, I get the still angry rebel pose.  Not sure it translates into angry old guy that well. And socially conscious protest lyrics sung to indifferent music don’t make my heart sing.

Gotta say that the you’re-all-as-bad-as-me stuff — “Devil and Jesus” — is kinda tiresome, don’t you think?  Who was saying we aren’t as bad as you?  Why not be the best you can be. (Sorry for the militaristic allusion.)

To me, the album’s first three songs are all about the self indulgent, mirror gazing excesses of your worst traits, but on “Wait” you get more personal, less preachy and more satisfying.  There’s only a trace of the Animal rawness of your youth, but it’s okay. I often can’t find mine either and . . . “we’ll climb the stairs together” is a weary phrase you’ve earned.

“River is Rising” shows your ability to annoy and delight at the same time.  There are these painful narrations set amongst a gospel-like chorus with hints of Dixieland horns. This could almost be funk, but what means “He was nailed to the piano like pages from a yellow book.” Huh?

Compare that to, say, Cohn’s line “And he thinks that he can hear her calling in the wind.”

“Bo Diddley Special” is a nice little tribute song but the “black talk” is cringe inducing. Still, it’s not nearly as horrifying as the Amos and Andy shtick on “Invitation To The White House”.  Good Lord, Eric, what were you thinking! 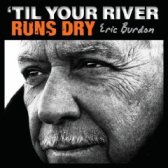 Perhaps even more horrifying is the little ditty “27 Forever” wherein you imagine that you might have been better off with Jimi, Janis, Jim, Moony, etc. going to rock ‘n’ roll heaven and always being 27.  Oh please. If you could ask any of them, even Morrison, they’d have given anything for just a little more time.

For all that, I’m glad you’re still around so I can listen and smile when you are at your best and write about it when you’re not.