Pianos On The Loose

I’ve been listening to and marveling at the playing of Gerald Clayton since he was displaying all the makings of a unique jazz artist while still a teen-ager.  Now 28, with three Grammy nominations, his credentials have been thoroughly established, and never more so than on this far-ranging set of performances.  Working with his regular associates – bassist  Joe Sanders and drummer Justin Brown – he moves confidently and inventively through a compelling collection of intriguing original works.  Clayton’s rich imagination reaches out to embrace the contributions of saxophonists Logan Richardson and Dayna Stephens, trumpeter Ambrose Akinmusire, vocalists Gretchen Parlato and Sachal Vasandani and poet Carl Hancock.  That’s a diverse collection of musical sounds, styles and substance – a challenge fully met by a pianist well on his way toward the top of his field. 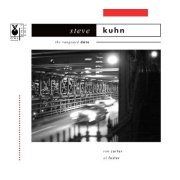 With a track record that reaches from John Coltrane in the ‘60s into the multi-hued present, Steve Kuhn has been a pianist whose creative accomplishments embrace the entire jazz spectrum, from bebop to avant-garde.  The Vanguard Date, first released in 1986 on the Owl label is a stunning display of Kuhn in his fully mature mode, moving with utter confidence from the grooving bop of Tadd Dameron’s “Superjet” to the soaring lyricism of his own “Lullaby.” At the heart of the program — his virtually symbiotic interaction with bassist Ron Carter and drummer Al Foster. 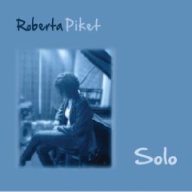 The rich thoughtfulness that characterizes Roberta Piket’s inventive improvising is immediately apparent on the first track of Solo, in which she plays a darkly moody version of “I See Your Face Before Me” in a style reminiscent of Erik Satie’s Gymnopedie No. 1.  Her previous three albums have ranged through strings and woodwinds, electric instruments and the classic piano trio.  But this time out she approaches the piano in the classic solo sense, as a virtual orchestra in itself.  In the process she brings new light to such familiar jazz lines as “Monk’s Dream” (in two variations), Chick Corea’s “Litha,” Wayne Shorter’s “Nefertiti” and Duke Ellington’s “Something To Live For.”  Add to that a lyrical rendering of “Estate” and a final, gently blues-driven piece by her father, Frederick Piket.  The result, in sum, is an intriguing overview of a jazz pianist who still hasn’t quite received the ovations that her unique talents deserve.