Not Fade Away After Half a Century

Vinylphiles rejoice.  If you still have a vinyl player that turns at 45 revolutions per minute, ABKCO has a very special treat indeed for you in honor of Record Store Day this Saturday (April 20).  Remarkably, there are 700 independent record stores still around in the USA and most still sell vinyl as well as CDs. On Saturday, you can pick up some Rolling Stones and Animals recordings previously issued only in the UK in 1964 and ‘65.

I wonder how many people alive today have never even seen a 45 let alone listened to one. I’m betting most under 50 – 55.  And an extended play (EP) mono 45? Extraordinary.

But even if the recording arcana bores ya, the music won’t, especially the Stones early work.

Five by Five (Reissue by ABKCO Music and Records)

How genuine these kids played, working to stay true to the rhythm and blues of their idols.  This was before the Stones became “the world’s greatest rock n roll band,” before Brian Jones died after alienating just about everybody else in the group, long ahead of Bill Wyman getting bored with the whole thing and retiring. 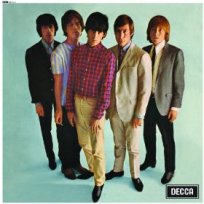 Five songs by the five guys (plus one abused “member”) recorded at the famed Chess Records in Chicago during their first American tour.  Richards recently said that bands should record in the midst of tours when they’re “hot.”

There’s heat here from the jumping version of Chuck Berry’s “Around and Around” to the bouncing instrumental “2120 South Michigan Avenue” led by the fine organ work of Ian Stewart who was bounced out of the band for the wrong look and “six was too many.”

Until his death in 1985, Stewart is all over Stones’ recordings and concerts but was never accorded band member status.  Pete Best wasn’t the only casualty of the marketing of these early “British Invasion Bands” and Oldham was as big a jerk and control freak as Epstein.

But back to the music.

Jagger drags and drawls his way distinctively through “If You Need Me,” written by the truly wonderful and under appreciated Wilson Pickett. “Confessin the Blues” can now be played along black blues classics without a bit of hesitation.  It’s that good.

The album makes you ache for stuff this true to the form.  Maybe on their new world tour they could tuck Five by Five into the middle of the set somewhere and do all five.  Of course, they’re only four now because the bass player doesn’t get to be a real member. Ah, show biz.

the animals is here

the animals are back (both reissues by ABKCO Music and Records)

In the same 1964-65 period that the Stones did “Five by Five,” the Animals issued two mono EPs in the UK and were sprung from some of the same roots, black blues and r&b with maybe a bit more attention to folk.

At least one major folk song so old its exact roots are unknown and argued about:

The magnificent “House of the Rising Sun” propelled the Animals to a status approaching the Beatles and the Stones.  Really, this one hit — transferring a fallen life from a poor young girl to a downtrodden guy — provided Eric Burdon with a format that would remain unequalled in his career. Alan Price on organ was the perfect complement to Burdon’s vocal and the song sent the band’s popularity through the roof.

The band wasn’t as good musically as the Stones; their instrumental breaks were very ordinary and closer to pop.  They seem at times a bit cheesy now except on “I’m Crying” where Price’s organ is again strong. But boy that Eric could sing.

On the animals are back he does a great cover of the immortal Sam Cooke’s “Bring it on Home to Me.”  No one could do it as well as Sam, but Burdon came close and brought his own deep soulful style to it.

The Animals achieved a second surge of popularity in the USA (and Viet Nam) with “We’ve Gotta Get Out of this Place,” which inexplicably became an anthem at the dances of privileged college kids, and very understandably among grunts hoping not to die in Nam. Again, Burdon’s deep resonant voice is just perfect to express the longing of British working class kids.

He’s also strong on “Don’t Let Me Be Misunderstood” when it seemed he might be a great blues singer in the making.  But thematically, this fine song seems now to have been a preview of Burdon’s self absorption with being the coolest guy in the world.  Didn’t happen, but boy could he sing.  And he still can.

(BTW, never could find out why they fixed the plural subject-verb agreement in the second album. Of course, if you view “The Animals” as a singular noun, then it’s the second album that’s ungrammatical. Oh well.)