Lush orchestration, fervent arias, soaring high notes: these are the hallmarks of Daniel Catán’s opera, Florencia en el Amazonas. Earnest in its desire to please and enlighten, what the score and libretto lack in conveying the wildness of the Amazon is compensated for by L A Opera‘s singers and musicians embracing the work’s shortcomings to ultimately produce a moving picture of love lost and regained.

Hailed as European style opera in the grand tradition sung in Spanish and written by a Mexican composer, one wished for less Puccini-esque high romance and more tropical fervor. Though the score weaves in the occasional beats of an African drum (the djembe), the hints of a steel drum, and the wooden sounds of the marimba, the jungle is mainly evoked by harp, strings, and woodwinds. Melodic lushness is prized over dark dissonance and so the result is a big and beautiful but somewhat homogenous sound. There is none of Manuel de Falla’s tragic intensity, rather we hear more Italian opera and the French Impressionism of Debussy and Ravel. It is a tantalizing blend but far from the themes of eros and death that might mark a trip down one of the world’s largest rivers replete with anacondas, caimans (related to alligators), and piranhas.

Conceived as an homage to the magic realism of Gabriel Garcia Marquez, Florencia en el Amazonas is set on a riverboat sailing down the Amazon.

On board is a legendary prima donna, Florencia Grimaldi, voyaging to sing at the opera house in Manaus, Brazil, but secretly on a quest to find her long lost love, Cristóbal. Along with Florencia, the plot follows the fate of two couples – one in the first flush of romance, the other in the fading days of a troubled marriage.

Rosalba, a young writer longing to hear and interview the legendary Florencia in Manaus, meets Arcadio, the captain’s nephew and they fall in love. It’s a prim sort of love with a few chaste kisses. Why? We are in the hothouse environment of a riverboat on the steaming Amazon, but civilization meets us at every turn of the wheel. And yet, in confessional moments, Florencia (oddly unrecognized by her fellow travelers) sings of how Cristóbal, her heart’s desire, awakened her body to love. That body stands immobile, except for a swoon on hearing the news that Cristóbal, a butterfly hunter, has died in the jungle. No impact of sexual longing here, only the regret of leaving him behind to pursue her career. Director Francesca Zambello went so far as to visit the Colombian state of Amazonas (where the opera opens), trek through the jungle, and ride a riverboat. I found myself wishing she had taken more of the grit and heat of the journey and overlaid it on her directorial decisions.

The other couple, however, suffers less from the lack of sexuality in the production. Paula and Alvaro, long married and weary of each other, bicker and complain to frequently humorous and touching effect. There is a sad reality to their relationship yet in the end they realize that their love endures. Paula, sung by the mezzo, Nancy Fabiola Herrera, performs, with her passionate and nuanced voice, the most moving aria in the opera when she thinks Alvaro has been lost at sea. There is a truth, both musically and dramatically to her sudden awareness that pride has built the wall between them.

Florencia’s search for the man she left behind permeates the narrative. With her heart full of remorse, she is the lynchpin of the opera, and her voice needs to carry the poetry of the story. In the portrayal of this diva of renown, one longs to hear a voice of haunting beauty, a distillation of the mystery of the river and the regret of a life half lived. Chilean soprano, Verónica Villarroel, is not quite up to the task. Though she sings in bursts of insight (her most poignant aria is early in Act Two), her vocalization is erratic and at times unmodulated.

With architectural clarity, a handsome riverboat creates the setting for the journey. A pity then that projections of the surrounding jungle are depicted in faded pastel colors – more amateur landscape painting than the mystery and vividness of a painting by Henri Rousseau – though the flocks of birds and other tropical creatures who glide across the projections add a nice touch. But it is not only the backdropset that misses an opportunity.

Aspects of the plot, as written by librettist Marcela Fuentes-Berain, undermine the conception. A cholera outbreak at the end of the opera, which prohibits the boat from docking at its destination and precipitates Florencia’s final aria of transfiguration, happens almost as an afterthought. Rosalba and Arcadio’s love remains largely undeveloped. Narrative transitions are too quick and clumsy; directorial decisions are too timid. Rather than sultry and sexy, we get English garden party. I imagine the sexiness was to have been provided by Eric Sean Fogel, who choreographs dancing river sprites to represent the magical waters of the Amazon, a clever idea. The dancers look sensual enough in their golden loincloths with their undulating bodies mimicking the ebb and flow of the river, but the choreography is a bit too predictable to have lasting impact.

As the young lovers, Lisette Oropesa as Rosalba and Arturo Chacón-Cruz as Arcadio are a charming pair. Oropesa’s soprano floated with a lithe and silvery line. Chacón-Cruz’s lyric tenor rewards, though at times he pushes harder than necessary both musically and dramatically, in his role as chronic malcontent. Rounding out the cast are Gordon Hawkins as the imposing and believable husband, Alvaro; David Pittsinger as a sympathetic and velvety voiced Captain; and José Carbó as Ríolobo. Described in the program as the spirit of the river, the character functions as narrator and deckhand, until the moment he dons golden feathers and flies onto the ship to sing about the river and its renewal of the earth – all done in a commanding and fluid baritone.

LA Opera’s highly regarded chorus master, Grant Gershon, directs the orchestra, bringing to the fore all the colors of Catán’s shimmering score. The LA Opera chorus triumphs in their brief appearances as the teeming populace on shore. All in all, it is an amiable night at the opera as we travel in grand European style through the Amazon. 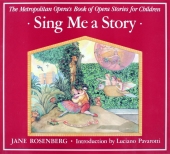