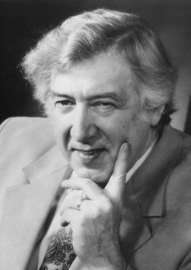 I was so sorry to hear that Gunther Schuller had passed away on Sunday. A composer, teacher, world-class French Horn player, journalist, author, and much more, he was a true Renaissance man who had a powerful effect on music, worldwide, from the last part of the 20th century and well into the new millennium.

Neither jazz nor classical music will ever be as limited as they were before Gunther found the common ground between both musics in a still-compelling genre he called Third Stream.

I was fortunate enough to have had Gunther as a teacher, a mentor and a friend. And his impact upon my career as a music journalist and a composer will continue to be present in all my creative work.

I’m sure you’re making some heavenly sounds where you are now, Gunther. R.I.P.